What is an OEM?

What is an OEM?

It is common in the industry to hear about companies that brand themselves as OEM, but what does that exactly mean? 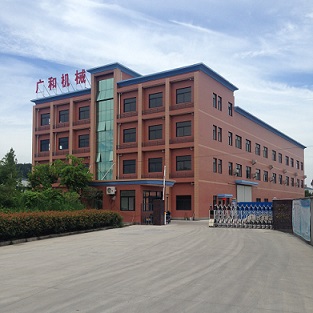 Definition of an OEM.

OEM stands for Original Equipment Manufacturer; it refers to the company that manufactures a component or a part.

Why do we use the term OEM?

After a part is produced, several actors may be involved in its commercial life cycle:

Calling a company an OEM differentiate it from the above 3 other types of sellers. It is important to identify a company as an OEM if you want to contact directly with the people producing the parts.

Let say you sell plastic injection press, when you are looking for potential customers, you want to focus on companies that inject the plastic parts and not the company that assembles them in their finished product, hence you’ll be looking for plastic parts OEM only.

What is the difference between OEM and subcontractor?

An OEM produces parts or components that can be sold as an identifiable product, whereas subcontractors may only provide partial manufacturing actions on these products.

For example, a cable OEM will manufacture cable bundles and sells them to their customers, while a subcontractor can be involved in only a partial process of the manufacturing like cable sheathing.

What is the difference between OEM and manufacturer?

OEMs are all manufacturers but calling them OEM implies that the product they manufacture will be rebranded afterwards either as itself or part of a further assembly.

“OEM” is sometimes used for other significations, pointing at integrators in some industries for example in automotive where big brands are often call “OEM” even if they are not at the origin of the manufacturing of most of car components, it is important to understand the context to be sure of the meaning of the term when used by someone else.

What is the meaning of MOQ?

Incoterm: What do you need to know?
Scroll to top

We may request cookies to be set on your device. We use cookies to let us know when you visit our websites, how you interact with us, to enrich your user experience, and to customize your relationship with our website.

Click on the different category headings to find out more. You can also change some of your preferences. Note that blocking some types of cookies may impact your experience on our websites and the services we are able to offer.

These cookies are strictly necessary to provide you with services available through our website and to use some of its features.

Because these cookies are strictly necessary to deliver the website, refusing them will have impact how our site functions. You always can block or delete cookies by changing your browser settings and force blocking all cookies on this website. But this will always prompt you to accept/refuse cookies when revisiting our site.

We fully respect if you want to refuse cookies but to avoid asking you again and again kindly allow us to store a cookie for that. You are free to opt out any time or opt in for other cookies to get a better experience. If you refuse cookies we will remove all set cookies in our domain.

We provide you with a list of stored cookies on your computer in our domain so you can check what we stored. Due to security reasons we are not able to show or modify cookies from other domains. You can check these in your browser security settings.

We also use different external services like Google Webfonts, Google Maps, and external Video providers. Since these providers may collect personal data like your IP address we allow you to block them here. Please be aware that this might heavily reduce the functionality and appearance of our site. Changes will take effect once you reload the page.